Jody Mitic was a master sniper in the Canadian Forces and during a night patrol in Afghanistan an improvised explosive device (IED) attached to a mortar detonated under him blowing off his right foot and damaging his left leg. When help arrived he was put in an armoured ambulance with combat nurse Alannah Gilmore. Eventually both of Mitic’s legs were removed below the knee. Mitic bumped into Gilmore back home, the two started dating and now are married and expecting their second child together. 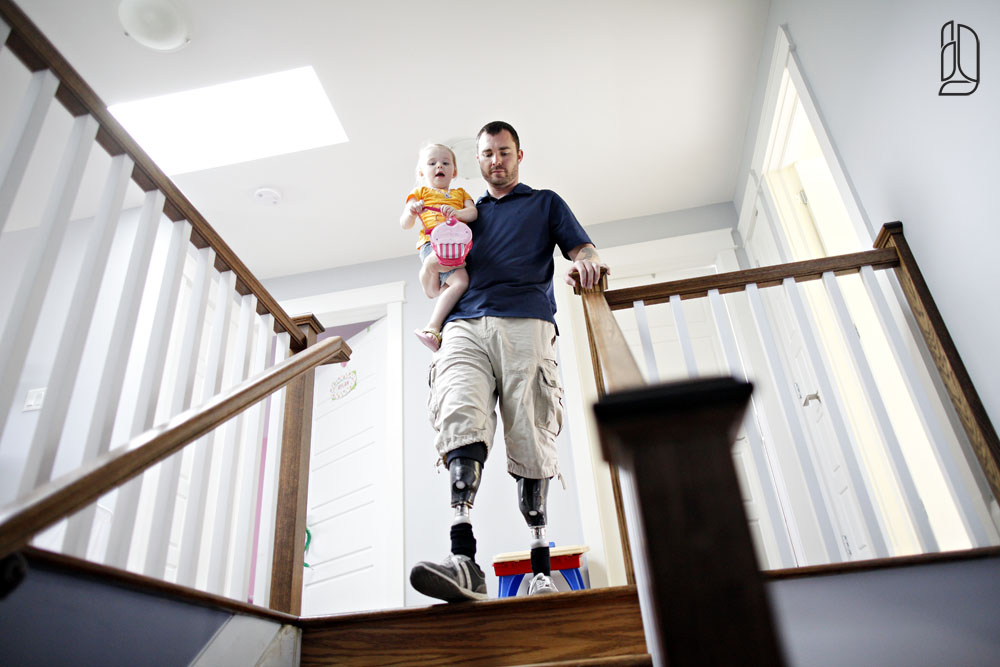 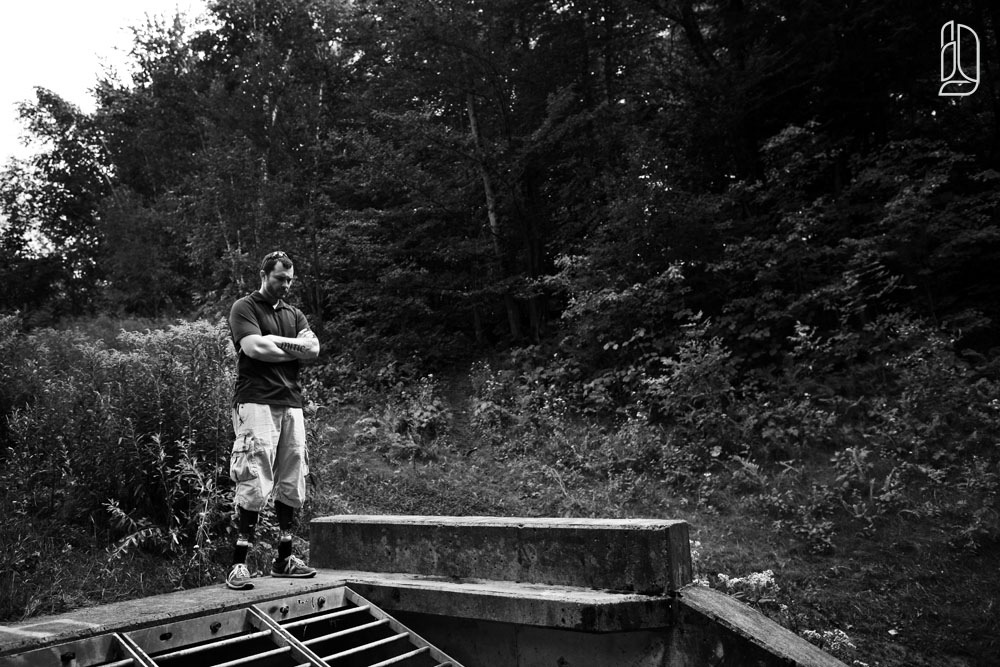 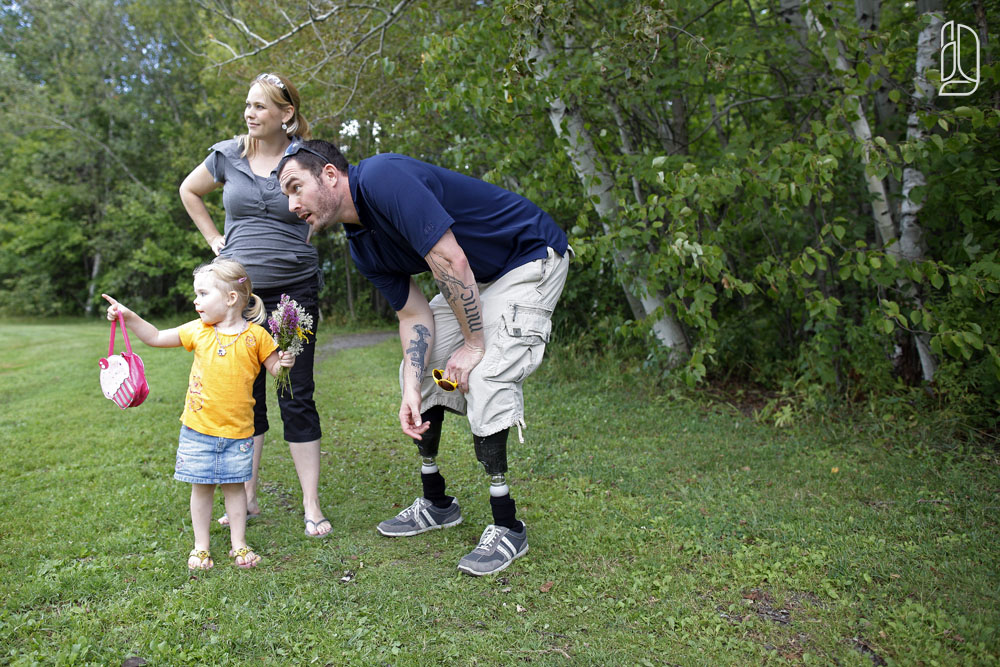 During the shoot it was Alannah who greeted me at the door and when Jody walked into the room, my first thought was “who’s this guy and where is Jody?”  He was wearing pants, so I couldn’t see the prosthetics, and he was walking so well that my brain immediately decided that this was not my subject. I spent a few hours with the family, hanging out at the house, taking the dogs for a walk and going for ice cream after. Jody is currently working towards a new career as a radio personality.