Tomb of the Unknown Poppy

After every Remembrance Day ceremony in Ottawa there is a ring of photographers around the Tomb of the Unknown Soldier waiting to get the perfect picture of a hand placing a poppy on the tomb. Inevitably and understandably people get irritated with us for taking up the real-estate, but we are just trying to make the pictures for the next days front pages. I didn’t feel like getting barked at this year, so I took the high ground. 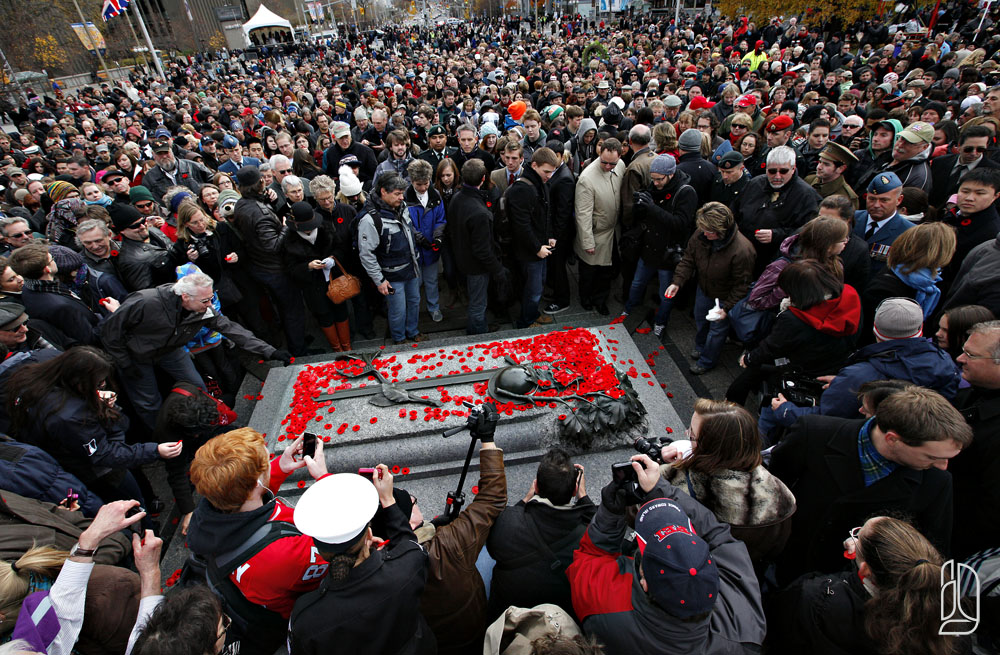 I took this frame in 2008 and it is probably one of my most published images; it is also the most downloaded / stolen.