Tonights game was brutal – in terms of the obnoxious level of Toronto Maple Leafs fans, quality of images made and the Ottawa Senators performance. Andreson must have been playing cross-eyed, because he didn’t see the puck all night – meanwhile, Reimer got a well deserved shut-out. 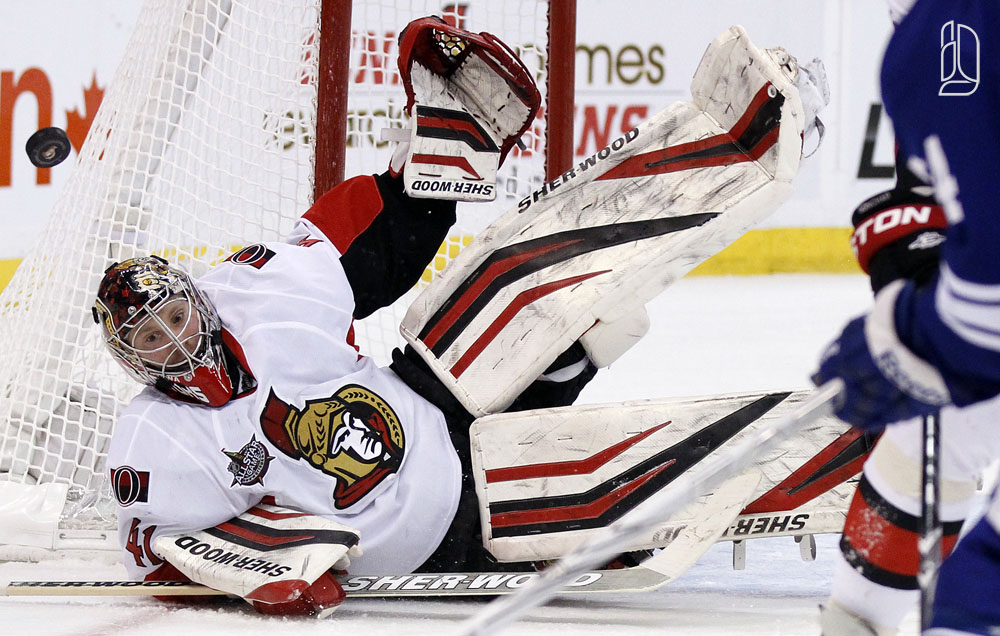 Ottawa Senators’ goalie Craig Anderson dives to stop a shot on net during the second period of their NHL hockey game against the Toronto Maple Leafs in Ottawa February 4, 2012.     REUTERS/Blair Gable     (CANADA)