This picture kind of sums the game up for me. The Sens were a mess. 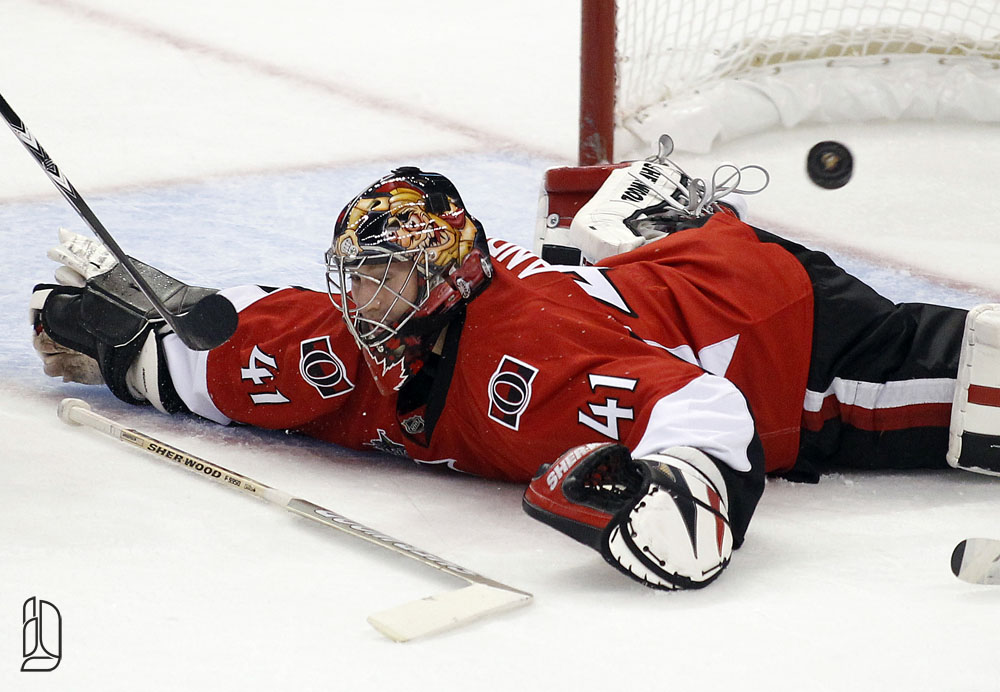 Ottawa Senators’ goalie Craig Anderson looses the puck and his stick during a Philadelphia Flyers scoring opportunity during the third period of their NHL hockey game in Ottawa October 18, 2011.     REUTERS/Blair Gable     (CANADA)