Macleans magazine sent me to Canadian Forces Base Gagetown to photograph Canadian soldiers who were preparing to deploy to Afghanistan as the final part of the training mission. The idea was to shoot simple, clean, and isolated portraits of as many soldiers as I could get my hands on. This type of portrait series has been done many times over the last decade and I wanted to give the editors as many variations of each soldier as I could in the few minutes I had with each of them. I had one location, one lighting setup and two walls to shoot seven slightly different variations of the same theme with each subject – six variations with front lighting on a light-neutral background and two variations with side lighting on a dark background. I was in-and-out in 12 hours. Here are a few soldiers and a few variations: 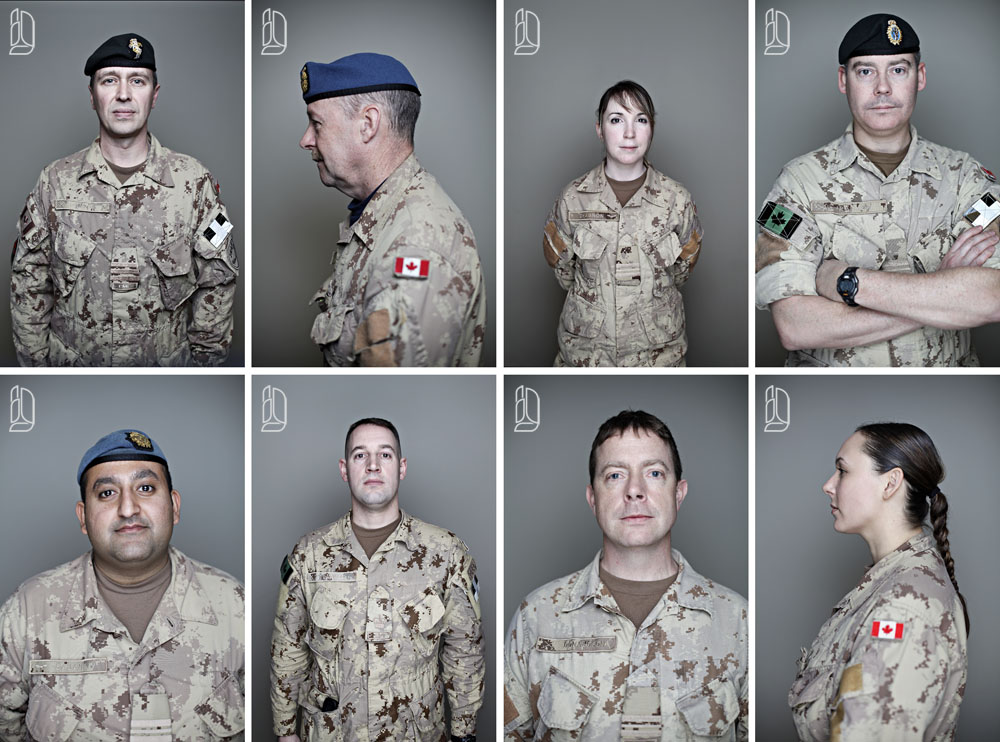 The magazine ran with a moodier option, as seen in the current issue of Macleans Magazine. 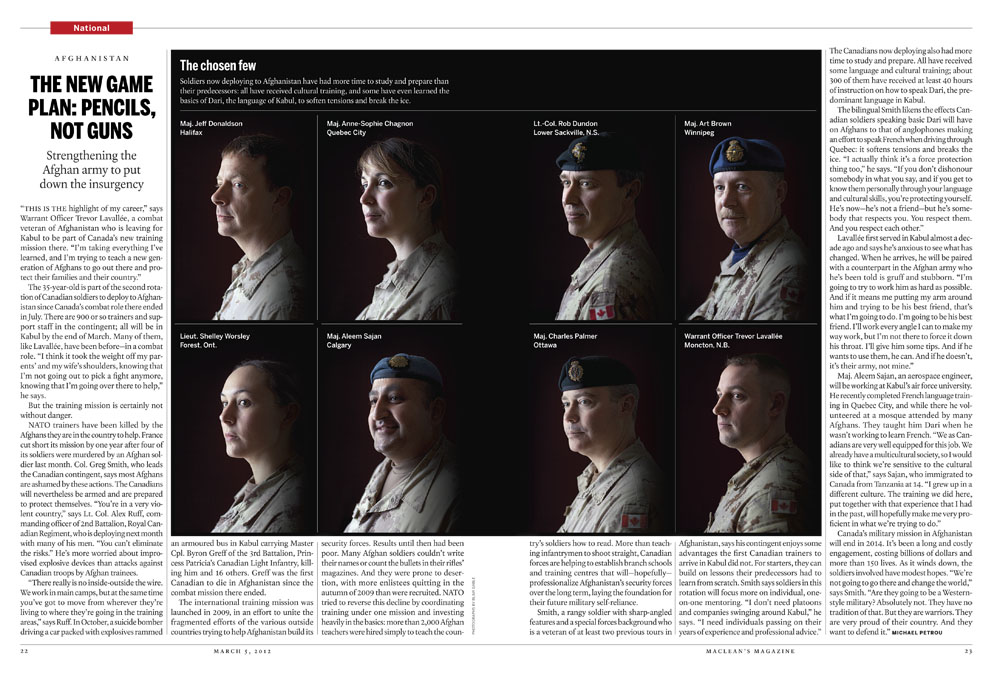