I was cleaning up my archive and I realized that I neglected to post an image from Dalton McGuinty’s party at the Chateau Laurier in Ottawa after winning his third term as Premier of Ontario. The Liberal party ended up being one seat short of being able to form a majority government. 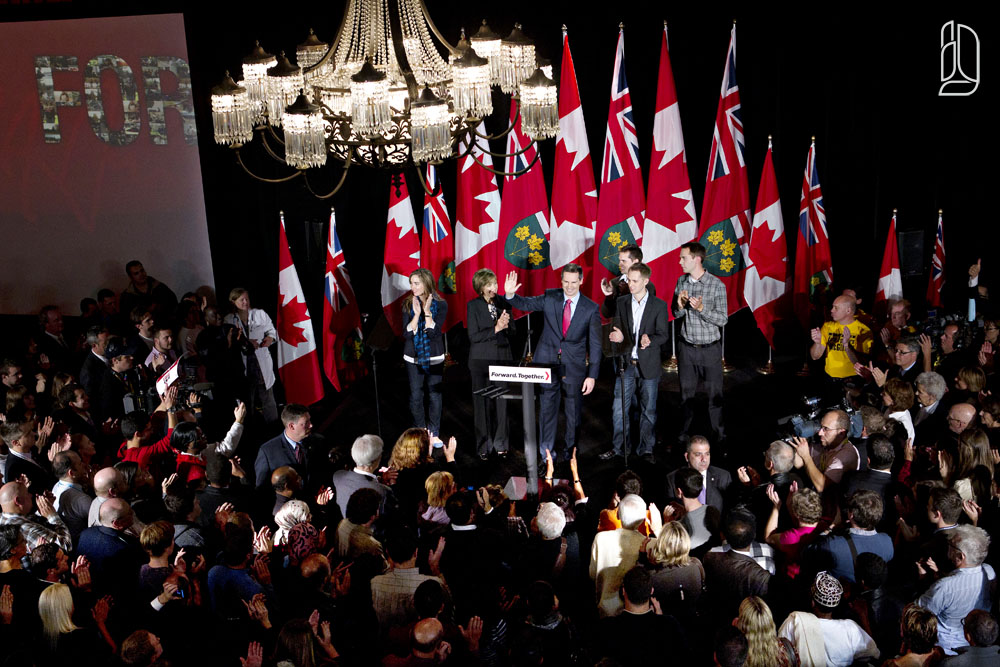 I chose to shoot from an elevated position because there were supposed to be confetti canons going off and I wanted a big double-truck spread in Macleans Magazine – but they didn’t go off. There was a power outage right before his speech so maybe they were fried – or maybe someone forgot to push the button.